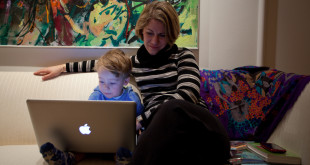 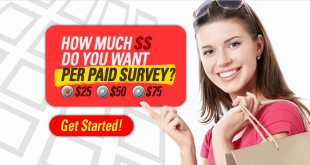 Click4surveys is a survey site that offers its users an opportunity to make money online by participating in paid online surveys. The site’s author claims that he is earning $500 to $3500 a month by taking surveys online for various companies that need to get opinion of their customers about their products.

In today’s Click4surveys review we will discuss some of the advantages and disadvantages of signing up to this site and I’ll try to bring all the facts in your knowledge to help you make a decision that benefits you the most.

You might have heard about many survey sites that offer different paid surveys, focus groups and other ways to make money to their users so they can earn money online from their homes, Click4surveys is just like that.

This site offers you a chance to make money by participating in paid surveys. These surveys are usually about a company or its product and are used to get the opinion of general public.

The whole procedure of filling surveys for money is really simple. All you need to do is sign up for a survey site, pick a survey form that you like and fill it for money.

After the submission of completed survey you will be paid by the site either in the form of points (convertible to cash) or money.

How Does This It Work

Click4surveys works just like any other survey site and provides you with a survey form so you can fill and make money, however, Click4surveys is known to act as a third party which means that it will direct you to another site which offers surveys.

So basically you will sign up to Click4surveys so you can get to a site which is offering survey job.

How Much Money You Can Earn

Click 4 Surveys, like other survey sites, will not going to make you rich. If you really want to earn a lot of money by participating in paid surveys, you need to sign up with as many survey sites as you can.

Also, do not expect a lot of money from the surveys that you participate in. Highly paid surveys are rare.

You will earn anywhere between $50 and $150 a month via Click4surveys. It is recommended to join multiple survey sites at a given time to increase your earnings.

There is no harm in joining Click 4 Surveys if you really want to earn money via paid surveys. Don’t expect a lot of highly paid surveys but if you will participate in surveys consistently, you will going to make a decent income every month.

When we talk of online paid survey sites, we have many options to choose from. …